Hallmark Movies: Are They as Mushy as the Cards? 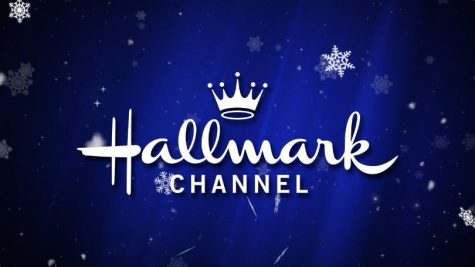 Coffee Shops. Romance. Happy Endings. The plot of a comforting movie for a rainy day. When I first started watching Hallmark Movies, I was opened to a world of wonder. What I didn’t realize was that this was the norm for all movies in the franchise.

A big city girl is engaged to someone she is “in love with” and she goes back to her small-town roots to visit her family where she reconnects with the new love of her life. In Hallmark, there is a similar plot line for every story.

We interviewed Laura Vance, a sophomore at HHS, about her disdain for the well-known romance channel. To quote Vance, Hallmark is a “Festering tumor of irrelevant movies that we just don’t need.” We also interviewed Janet Heagy, the mother of HHS freshman, Rachael Heagy to discuss her enjoyment of the channel. She said “I like the positive themes. There is no fighting, and if there are conflicts, they are always peacefully resolved.”

According to Hallmark’s website, Joyce Clyde Hall had the original idea of Hallmark. He started the business when he was just 18 years old in Kansas City, Missouri. Originally selling post cards, Joyce, with his brother and business partner, Rollie, had made a stable income before the company headquarters burned down in 1915. After the fire, the Hall brothers decided to start selling various greeting cards, an idea which instantly took off. In 1951, the first Hallmark movie was created. The film was so popular that productions started to create more for the public. The company brags that, “In more than 60 years since, Hallmark Hall of Fame productions have won more than 81 Emmy Awards.”

When we spoke to our interviewees, they had vastly different opinions, except for one thing. When asked about that one thing ththey like about Hallmark Movies, they both said “Christmas”. “One thing I do like is the overall plot of Christmas. It gets you in your holiday feels,” Vance describes. This, we can agree with!

As for everything else on the matter, Vance and Heagy spoke strongly on why their opinions formed as they did. “I think that the movies are pointless, brainless, and serve no cinematic purpose. The plot is ok for the average teenage girl, but I feel the execution could be better.” Vance states. Mrs. Heagy on the other hand, appreciates “the same happily-ever-after endings. I also like it because life doesn’t have to be as difficult as people make it seem.”

So, is Hallmark really that great? Well, we will leave that up to you!