Wonders of the White City 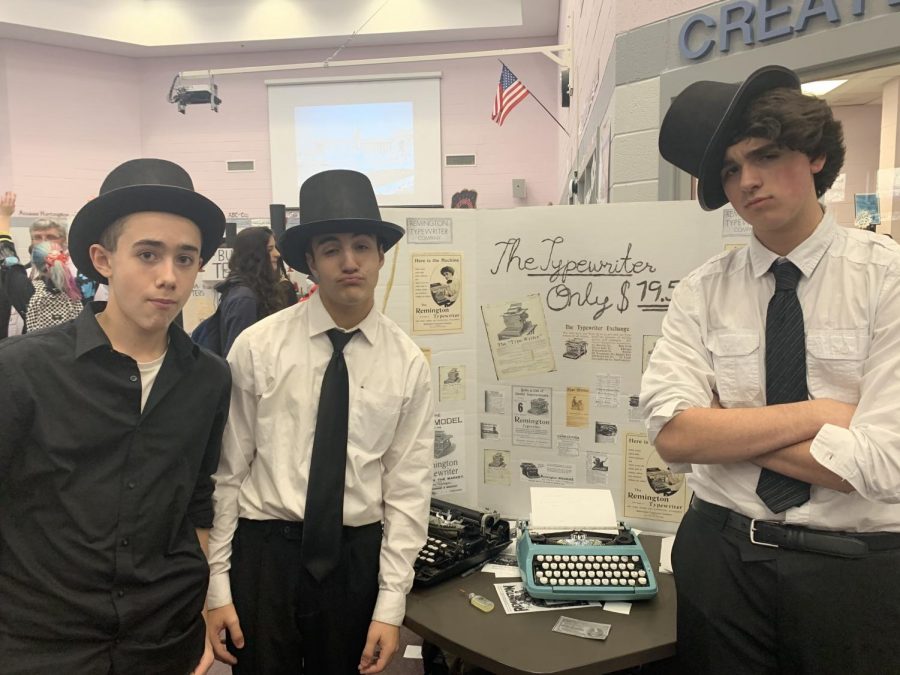 The library is crowded with hundreds of students, most of whom are eagerly presenting their strenuous research in top hats and ankle-length skirts. The smell of hay sneaks its way through their exhibits, which range from a match booth to a Ferris Wheel.  It’s noisy and airs on the chaotic side, but Huntingtown High School’s recreation of the Chicago World’s Fair of 1893 cannot be mistaken. This year’s freshmen in the AP United States History (APUSH) course have donned the task of reenacting this fair, and the outcome is magnificent! Walking through their exhibits is like traveling back in time to an era of progression, innovation, and the overall excitement that the Gilded Age had to offer. Typewriters take the place of the media center’s computers, a hay bale is stacked in a corner, and a telephone erected from cans and wire is stretched across the length of the bookshelves. The Chicago Fair has been truly reborn into a new and impressive event! 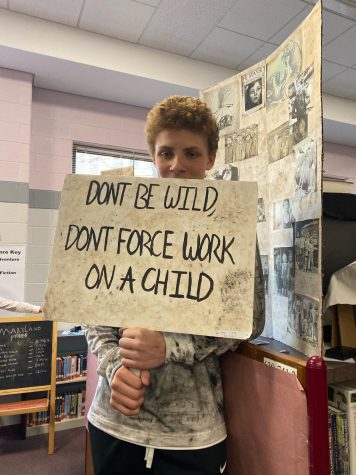 Traveling Back to the Chicago World’s Fair 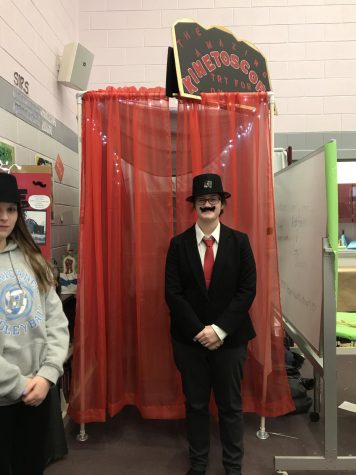 The Chicago World’s Fair, more formally known as the World’s Columbian Exposition, was an international celebration in honor of Columbus’ voyage to America. It was hosted in Chicago and included multiple cities, such as Washington D.C., New York City, and St. Louis, as well as including about twenty-six million people from forty-nine countries. Attractions were set up and inventions were brought forward, creating a futuristic wonderland. Every detail was immaculately planned, from the architecture of the grounds to each attraction and invention presented. I would say that Huntingtown’s reenactment did the fair justice, given their hard work and dedication to this project.

Two students who should be duly recognized are freshmen Aidan Ford and Bella Rosasco. Together, they collaborated on the difficult task of arranging Huntingotwn’s fair in such a way that would be accurate to the original fair. They, with the assistance of Ms. Younkers and Ms. Hurley, created multiple spreadsheets and plans for how the fair would be organized, while remaining true to the original architecture and location of the exhibits. Learning about this unique side of the fair underscores the amount of work and stress put on freshmen, who’s time management skills may not be as developed as that of their upperclassmen. As Ford explains, “Analyzing all of the data and organizing it just for us to be able to use it for our end goal was rather challenging. I would say it was a solid combination of a difficult and time-consuming activity.” Nevertheless, he claims that he would “absolutely encourage future freshmen to take part in [the fair] next year.” 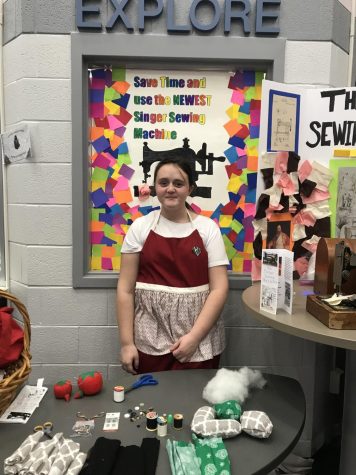 A Teacher’s Point of View

It is important to note that a recent change in the history curriculum caused the APUSH credit to be offered to freshmen. In previous years, sophomores took the class, but freshmen are now required to take a United States history class.

Mr. James, one of Huntingotwn’s APUSH teachers (though he prefers the term facilitator), hosted this year’s Chicago World’s Fair. When asked how freshmen participation would impact the fair, James replied, “Freshmen have more enthusiasm, and they tend to be more fun. So, I think it’s a good thing.” He went on to explain how well the students did, and the pride he had in their accomplishments!

Although every project had an impressive amount of pride put into it, there were multiple projects that were particularly eye-catching. Elizabeth Polo, Grace Genelin, and Riley Sydnor’s kinetoscope was particularly bold with large, flaming red curtains that stood at an impressive six feet tall! This early motion picture device took America by storm in the 1890s, and the trio executed the booth with great precision.

When I asked Mr. James which projects he enjoyed, he told me, “I think the state buildings, like the New York, Maryland, Virginia – all of them were really good. There were so many impressive ones like the cash register – that one was really interactive. But it’s hard to pick one, just because there’s so many outstanding projects.” 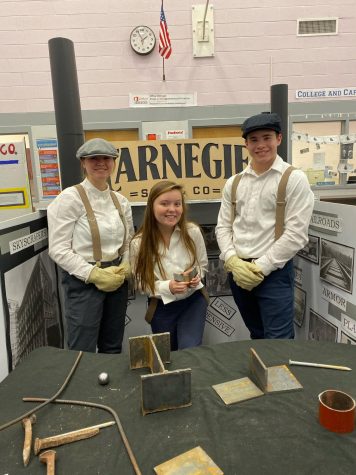 By the look of the projects and their apparent success, it would be safe to assume that students will recreate the fair next year. It appeared to be a helpful tool for students to remember the material for the AP exam. As Spencer Moreland claims, “This project gives you a deeper understanding of the things you’re studying, because you act like you’re in the time period and you end up learning a lot more.” To conclude, this fair was an astounding success, and I’m excited for the one next year!