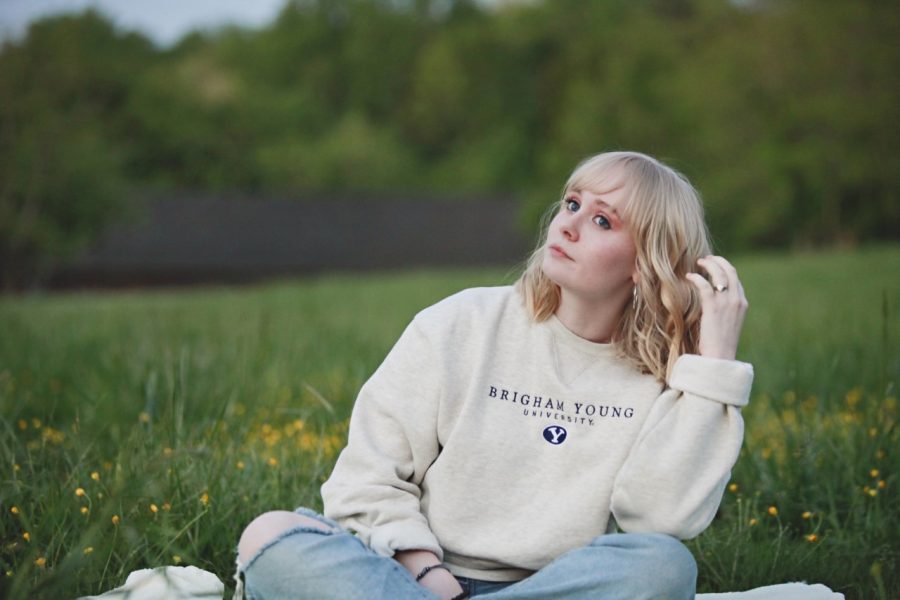 Laura Vance looks hopefully to her future, where she will be attending Brigham Young University in Provo, Utah. There she will study English/Creative Writing with a minor in history. Her radiant, blue eyes are dewy while she reminisces about her past, but she is excited for what is to come!

Unlike everything I write on this paper, I’ll make this one short. Relatively.

I’m done. No two words have brought me so much relief. I can’t fathom being anything but a senior, burdened with at least one more full year of high school. Frankly, I would rather eat glass.

With that said, I’ve enjoyed my relatively brief time here at Huntingtown. Though I believe I stopped intellectually progressing sometime during my sophomore year as a result of that little pandemic thing, it’s been a blast. Kind of. It was pretty cool to go from approaching Mr. Allen on the first day of school in 2019 and asking him if we could create a school newspaper to watching the analytics grow every month. Now we get thousands of page visits. My articles will get hundreds of reads. It may not sound like much, but I’m easily inspired.

I want to thank all of my teachers, friends, and vague acquaintances for every time they said, “Hey Laura, I read your article. It was really good!” Whether the sentiment was true or not – and it most likely wasn’t – it was always something that powered me through my next batch of articles. People were actually reading what I had to say. It made me feel like my passions meant something to someone, which is an indescribable feeling I wish I could return.

I also want to (slightly less) thank the few brave souls who had the gall to give me constructive criticism. I don’t remotely favor it, so I can assure you it was easily ignored. Your valor was admirable, though.

There’s not much that I, nor Charles Dickens, can say that hasn’t been said before. Time flew by. The times were good, the times were bad, and a lot of the times were in between. I will remember a lot of things, and I will regret even more. The following is about as sentimental as I will get as a professional, so enjoy it: Most of all, though, I will remember Huntingtown High School as the place that steadily constructed me into an ambitious and successful student, and The Forecast as the main tool that fostered me into the writer I am today. It has given me the smallest taste of reward that stems from hard work, and that’s kind of beautiful, I think.

Though I’ve written dozens of articles in my time over the course of three years, words fail me at the thought of leaving my little paper behind. A paper that has been my comfort, my passion, and my home. It is made up of everything I love – what I truly love – and it is unbearable to suddenly move on at the turn of a tassel. So, as I write this with damp eyes, I want to thank you, The Forecast, for being so good to me. I know I don’t have to attempt to articulate exactly what I’m feeling right now because after all I’ve written for you, I flatter myself that we know each other pretty well. I know you understand. We all understand what it’s like to leave the comfort and pleasure of what we love behind.

Anyway, have a killer summer, and try to have fun without me next year. Okay, you won’t, but you can still try.