ABBA: “Thank You For The Music” 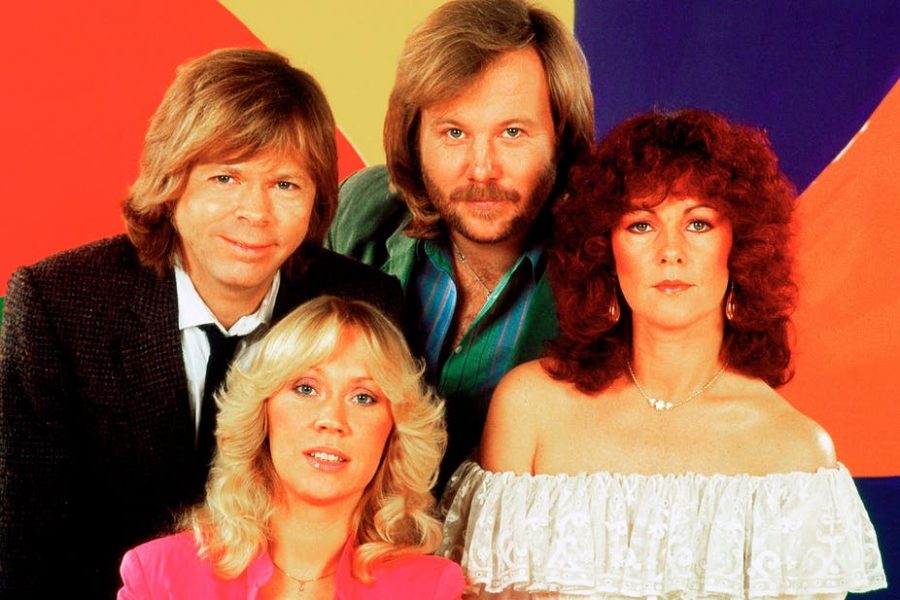 The year is 1977 in Sydney, Australia. Screaming and cheering are heard as you stand within a sea of people. You feel just like a “Super Trouper,” like “lights are going to blind you” as the spotlight shines upon the crowd of fans. You are at an ABBA concert, and “Mamma Mia” was this big concert. This concert was by far one of ABBA’s most populous concerts, with over 250,000 in attendance throughout the entirety of their tour. Now, 40 years after the band initially split in 1982, ABBA has released a brand-new album, gaining millions of new fans from the current generations.

Known initially as Festfolk, ABBA is derived of four band members and two couples (Agnetha Fältskog, Björn Ulvaeus, Benny Andersson, and Anni-Frid Lyngstad) from Sweden. The band got their initial start on the ever-so-popular Eurovision Song Contest. The band gained popularity with their track “Ring Ring” and won the contest altogether thanks to their hit song “Waterloo.”

After winning the Eurovision Song Contest, ABBA skyrocketed to fame. Since then, they have produced several excellent albums. With the release of albums such as “The Arrival,” ABBA increased in popularity, especially for their #1 track “Dancing Queen,” which to this day has been downloaded a total of 1.56 million times. Eventually, the winner had to take it all, as one of the couples in ABBA (Fältskog and Ulvaeus) divorced in 1979. After another couple’s divorce (Andersson and Lyngstad), the band decided to officially break up in 1982.

In the following years since the band broke up, their music has been used in a multitude of movies and television programs. ABBA’s music has even spun into the creation of the Broadway Musical known as Mamma Mia!. The musical was later turned into two major motion pictures. The lovely Biology teacher Ms. Cory even had her own input on the popular band, “ABBA is a music group that I heard, but didn’t realize who it was for a long time. I realized their songs were in Mama Mia, and I loved the movie! I worked at a National 4-H Summer camp, and ABBA songs came up frequently since they were catchy and fun.”

However, forty years after the band’s initial break up, the band has reconciled and produced a new album, as well as a concert featuring an exciting new technology created by the company Industrial Light & Magic.

Over three months ago, on September 2nd, ABBA streamed a live broadcast through YouTube explaining their new album titled “Voyage” and the concert. They even included a preview of their album with the introduction of two new songs (Don’t Shut Me Down and I Still Have Faith in You). On November 5th, 2021, “Voyage” fully debuted with ten incredible songs, giving fans a sigh of relief now that one of their favorite bands was finally back after 40 years.

With ABBA’s increase in fame, they have never seemed to stray too far out of the spotlight. New generations have been able to experience the joy that is ABBA’s music. When asked about ABBA, HHS student, Kiska Milosavljevic, said this: “I started truly listening to ABBA about 5 to 6 years ago after my dad began to introduce me to the music, and I became more interested in ABBA after watching Mamma Mia. I think that it is exciting that ABBA is releasing another album all these years later! I did not expect a new album to be released, especially when it has been a whole 40 years since the last release of The Visitors.”

To celebrate the fact that ABBA is back together again, the members of ABBA have decided to construct an arena that will feature a new concert with a technological twist. The stadium in Queen Elizabeth Olympic Park, London, will let you see a concert of ABBA as if they were back in their heyday. With the use of light, the Industrial Light & Magic company has created realistic avatars that will appear before you on stage.

While this may seem strange and unbelievable, it is all true. By tracking each band member’s mannerisms, movement, and looks, an avatar has been created to look just like the actual members of ABBA.

Sadly, 40 years ago, ABBA ended the “Winner Had To Take It All,” of course. But now, once again, we can all thank ABBA for the music and the songs they are singing!