The Story of Nintendo 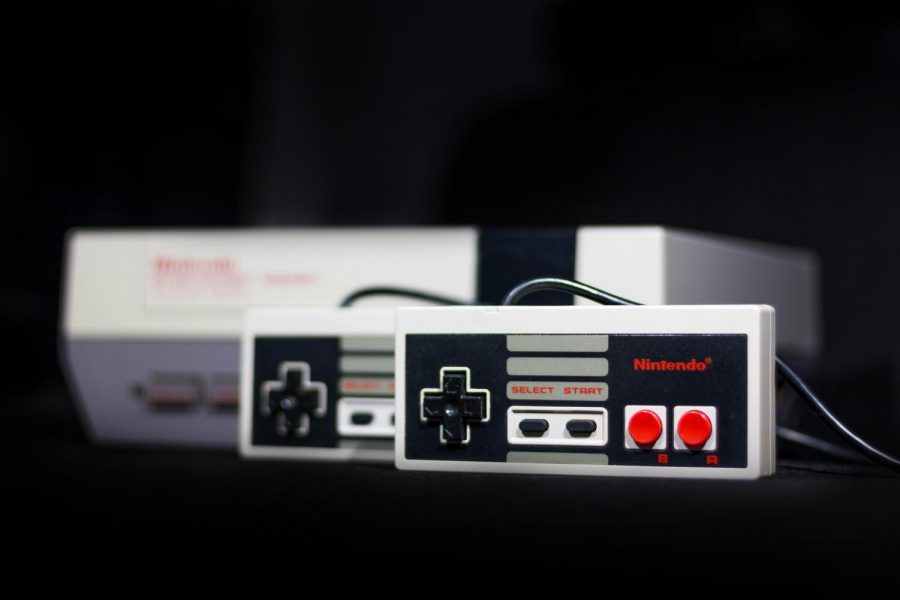 The world in the past few decades has been powered by the digital market. Technology has very likely been the staple of this set of generations. All sorts of different iterations of media have been splayed out across several types of technology. One of the most popular media, however, is video games. Video games have been a popular way to enjoy electronics ever since the 80’s. And the main distributor? Nintendo.

Nintendo is a company notorious for it’s amazing, high-quality consoles and games throughout its lifeline. However, the company really did have to go through quite a bit to get to where it is today. After all, to crank out such a large selection of good content takes a large amount of trial and error.

It all began back in 1889 for Nintendo, when it was created by Fusajiro Yamauichi. It was originally a business that sold hand-painted hanafuda, Japanese cards played in a variety of game styles. They carried this product throughout the first several decades or so. In fact, in 1959, Disney teamed up with them to create a set of Mickey Mouse cards that each had a different character from their earlier films. Around 1964 playing cards became much less popular in households due to the boom of other attractions such as televisions, and so the company’s value took a steep decline. Nintendo fell into a heavy streak of debt, and Yamauichi was in need of something new to keep it going.

And look for new things they did! Nintendo took to all sorts of new strange ventures to try and keep things afloat. They opened up hotels, taxi services, and even tried to sell instant rice in hopes of discovering the right new thing. But, it wouldn’t be until 1970 that Nintendo found their next big break. They ended up producing their first toy, the Nintendo Beam Gun! It was an ancestor to an accessory for games like DuckHunt. By 1977, they had released their first console! The Color TV-Game 6 was a collaboration with the company Mitsubishi. Several similar consoles followed this one with a more unimaginative title, such as the Color TV-Game 12 and the Computer TV-Game. They were all just as simple as something like Pong – just a few pixels on a screen. Nothing was too complex at the time. Of course, with the boom of arcades, Nintendo began to manufacture games for that market, such as Donkey Kong and Mario Bros. for their respective cabinet bases. These two truthfully marked the start of Nintendo’s boom, with other well-known classic titles to follow.

The Game & Watch was a handheld console released in 1980 as well, the first one of its kind, in fact! It inspired several more like it down the line. About 60 different Game & Watch titles were released, including things such as Snoopy Tennis, Donkey Kong Jr., and Ball, and sold 45 million copies worldwide.

Nintendo was REALLY starting to make itself viable in 1985 with it’s Nintendo Entertainment System, the first household gaming console from them to be sold in America. To say that it was just successful would be an understatement- it was what helped to pull the market out of the infamous video game industry crash in 1983. Sales skyrocketed to over 62 million copies sold worldwide, and set several other records along the way.

The Game Boy was released around the same time, another extremely infamous handheld game console that had classic titles such as the original Pokemon games, Kirby’s Dreamland, Tetris DX, and the Legend of Zelda. The Game Boy phased through multiple evolutions on the way and absolutely smashed sales goals.

Wanting to follow off of the success of its prior household console as well, Nintendo released the SNES- one of the most well-known and remembered to this very day. Several new series were introduced alongside it, including Super Mario World and Donkey Kong Country. Families from all over were absolutely adoring the 1991 system.

At the time, they started going head to head with another newly booming company – SEGA. The two of them were engaging in what was referred to as ‘The Bit Wars,’ in which each property was trying to make new games to take down the other.

When the Nintendo 64 dropped in 1996, even fiercer competition began to spring up to face the likes of classic titles such as Super Mario 64 and the original Super Smash Bros. The Playstation had risen up and released it’s own consoles around this time, which unfortunately meant that Nintendo started to fall behind. Despite how stellar it truthfully was, it didn’t live up to the expectations of the original Playstation, which had sold 102 million different units. The Nintendo 64 fell graciously behind with only 33 million units.

However, they weren’t planning on giving up with the industry. In 2001 they continued with their line of Game Boys by releasing the Game Boy Advance, a full-color handheld system with much more advanced hardware and playability. Titles such as Pokemon Ruby and Sapphire and The Legend of Zelda: A Link to the Past were particularly popular landmarks of it’s reign.

The Nintendo Gamecube, another huge staple released right at the same time as the Gameboy Advance, had it even rougher than the Nintendo 64 did. It was up against the first XBOX and the Playstation 2, both incredibly iconic household consoles. It sold a measly 22 million copies, although the staple games on it like Animal Crossing and Super Smash Bros. Melee are still fondly remembered to this day.

In 2004, that inspiration from the older Game & Watch struck again and the Nintendo DS was released. It was a two-screen handheld console that featured a card that let it read old Game Boy Advance games, and still be able to power its own new titles. The PSP was also released at the time, and sold a whopping 82 million copies- however, it was nothing in comparison to the success of the DS, which sold over 154 million units. It broke the record for the highest selling handheld console of all time.

The Wii was released around 2006, and also featured several interesting classics. Unlike the consoles before it, it featured a wireless remote with motion controls, making for a lot of strange and interesting gameplay choices. It was advertised for all ages, and certainly did appeal – 102 million units were sold worldwide, making it a hit success.

Other staple consoles that released after the Wii were the Nintendo 3DS and the Wii U, both selling fairly poorly in comparison to their predecessors. Neither of them were as iconic as ones listed prior, but they kickstarted various important franchises like Splatoon and Super Mario Maker. Nintendo’s most recent hitter was the Nintendo Switch in 2017, a handheld/console hybrid that you could play on the big screen or take wherever you needed to go! It’s sold 61 million copies, and featured amazing titles such as Animal Crossing: New Horizons, Super Smash Bros. Ultimate, and Super Mario Odyssey.

Nintendo has grown to be absolutely huge, with its current revenue of $12.1 billion making it the third largest video game company in the entire world. It’s gone through a lot of trial and error to reach the height that it’s hit now, and thankfully so. They’ve generated so many memories for millions of people, and will hopefully continue to generate many more in the years to come.